Nimbella Commander is your one-stop destination to create or run custom slash commands on Mattermost or Slack. It also has a development and runtime framework built in so you can create and build your custom plugins and publish it as a Command Set for everyone to use. Our command building functionality will not only allow your developers to quickly design commands, but to also import our premade Command Sets without having to handle any backend. This will help all of your Mattermost teams to communicate much more effectively. 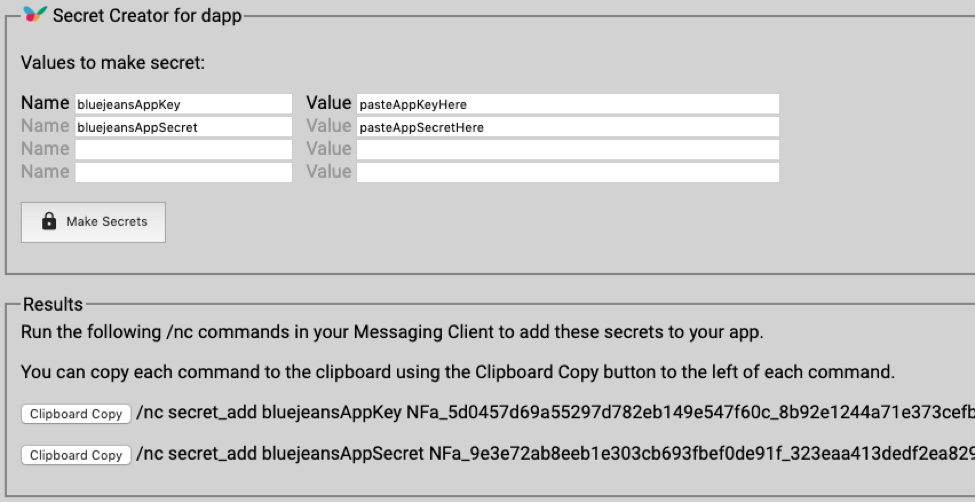 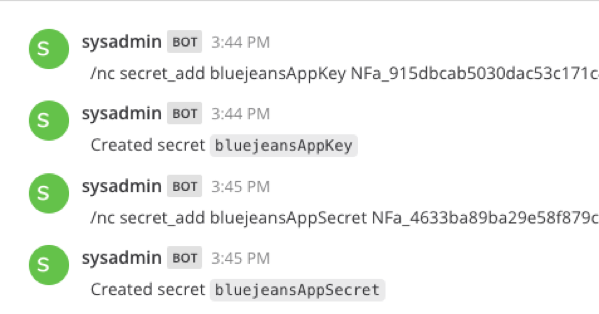 Once the meeting is created, you will get an email about it 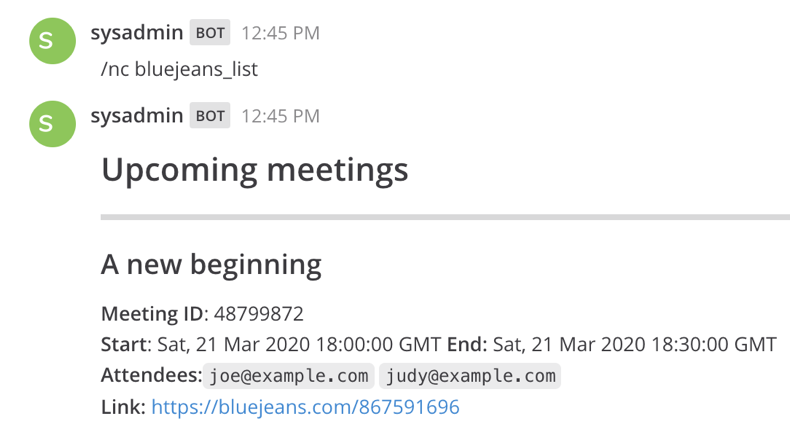 If and when the meeting is canceled, you will receive an email about it. 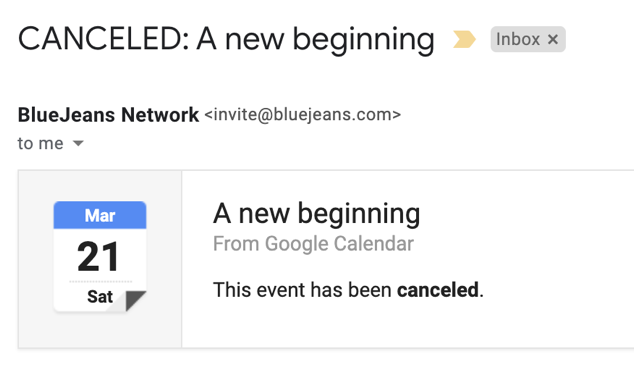 Click on “edit the code” link above. Change the code and press save. Re-run the command to see your changes take effect. I changed by bluejeans_create  command to just print a message

There you have it. You now have the ability to create and manage your BlueJeans meeting.

To see what else you can do with Commander, you can look at our Resources (Resource link to tutorials/blogs and Videos). For more information about Commander, visit our website. We’d also love to hear from you via our community Slack channel or on GitHub.