Over 1,500 developers participated in #DeveloperIPL Game, the virtual hackathon, organized by Nimbella, Postman and HackerEarth. The hackathon was aimed at developing solutions using Nimbella’s integration for Postman, a plug-in for developers to extend the functionality of Postman by adding commands to support API-first development using the Nimbella serverless platform.

The Nimbella Postman plugin seamlessly works with Postman using the Postman API to automate the deployment of your APIs, augmenting an API-first approach to delivering APIs using Postman and Nimbella to:

Participant’s review about the integration 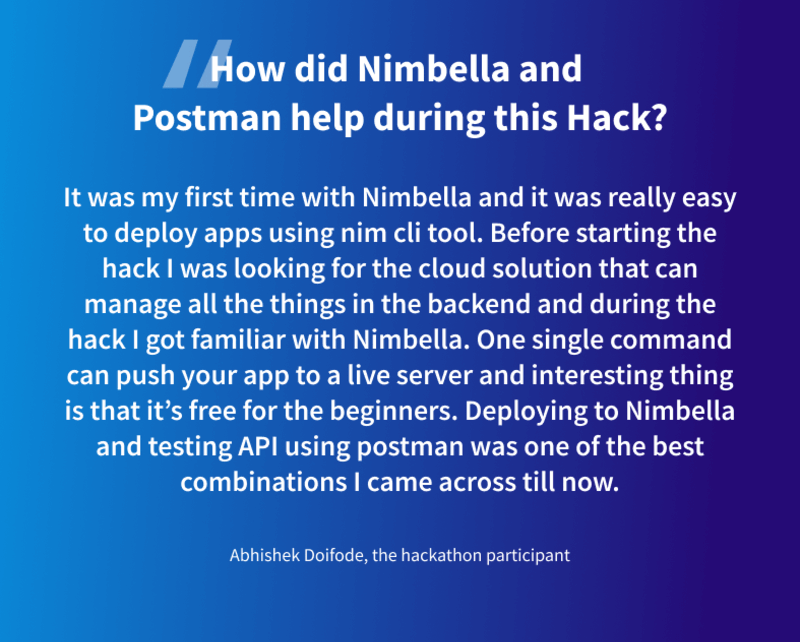 The hackathon judges were Dr. Rodric Rabbah, CTO & Co-founder at Nimbella and co-creator at Apache OpenWhisk; Ankit Sobti, CTO & Co-founder at Postman; Sachin Gupta, Co-founder & CEO at HackerEarth; and Vishwastam Shukla, VP of Engineering at HackerEarth. Collectively, they chose 3 winners that each met the judging criteria, which included the ability to deploy their application to Nimbella, an API Spec using Postman, completed on time using public APIs, contributed an impact to a social issue, included a public voting description, and showed originality. 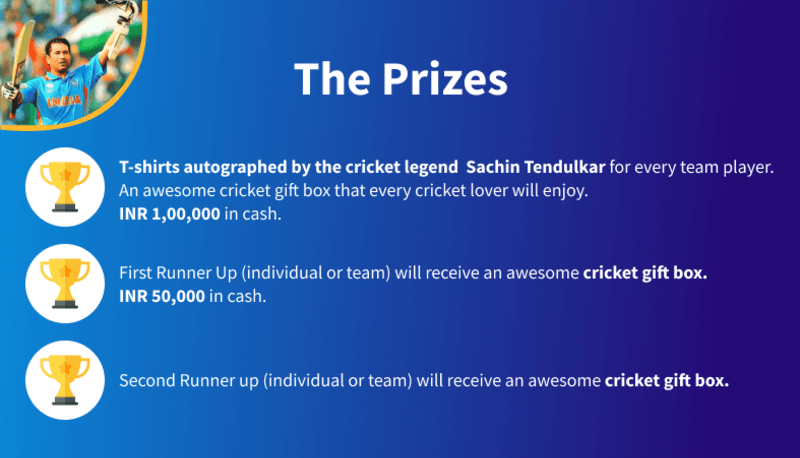 The Championship Cup went to Shereya Sinha and Vaishnavi Sinha, a team of two women awarded with the title of "Coding Master Blasters." They built a messenger bot called "Zebra" that provides correct information and helps to identify fake news in the media. The first runner up has been given to a solo team developer, Satya Ram Sai Teja Adda for creating "Covid Tools", a webapp to fight Covid-19 Misinformation & Provide Correct Information. Food Tracker app, developed by a team of three developers, Vaibhav Kurkute, Rimi Gandhi and Rahul Saptarshi, received the second runner up prize.

It has been so uplifting to see so many solutions for social good come from the #DeveloperIPL Game, and we are so proud of each developer that was a part of the challenge. Over the next few posts, we’ll be featuring Q&As from our winners, as well as the two runners up. We look forward to introducing them to our community and putting a very much deserved spotlight on their great work.

Take your own challenge in trying out Nimbella’s integration for Postman and accelerate your speed of deployment. We’d love to hear what you have created!