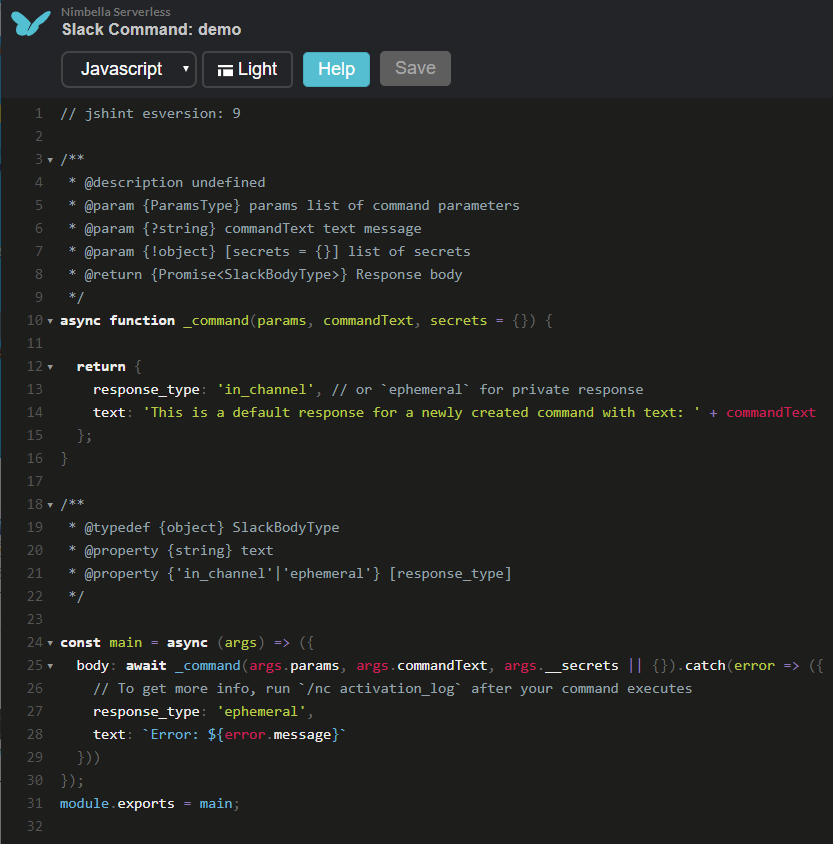 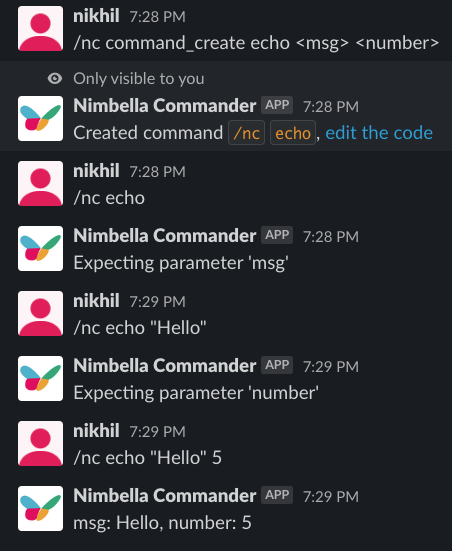 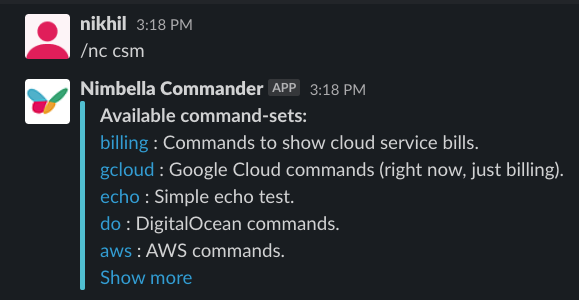 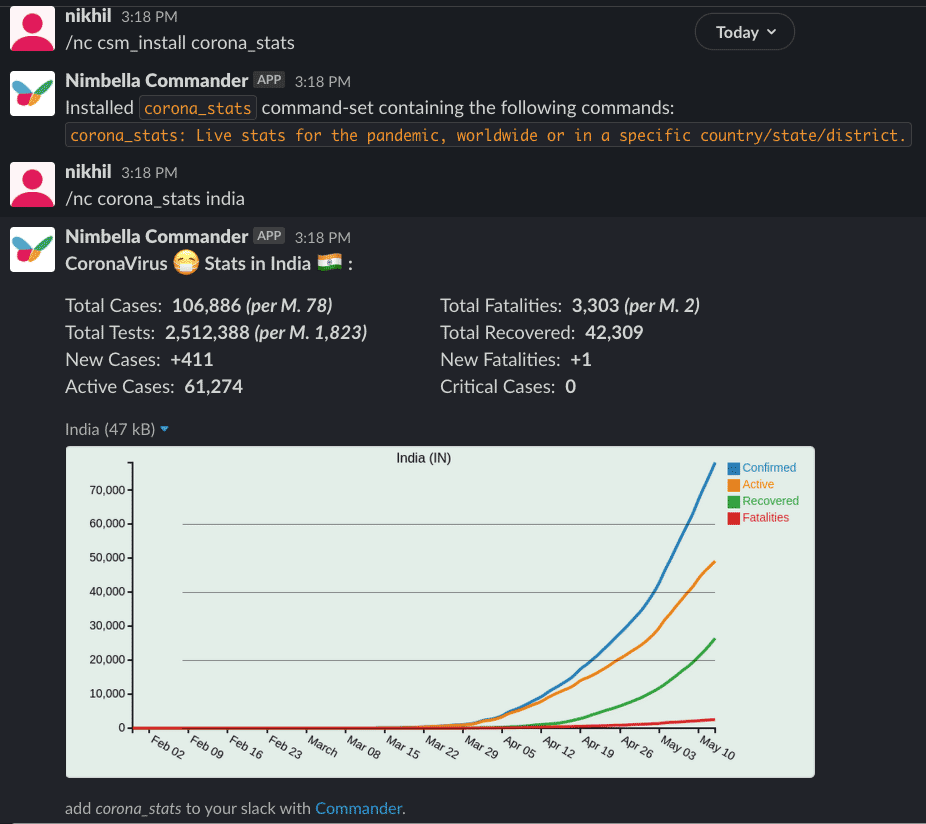 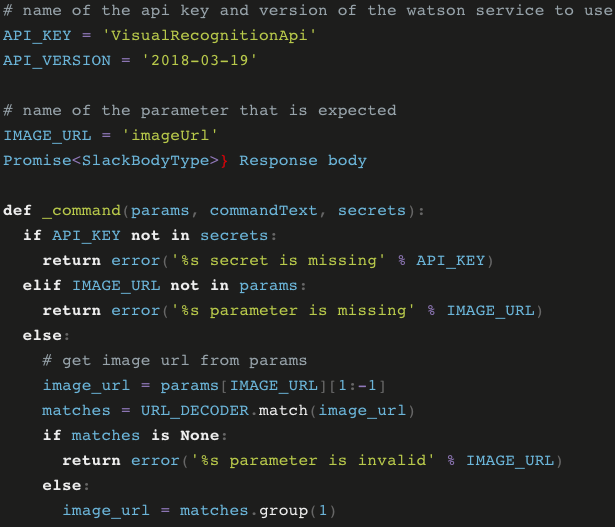 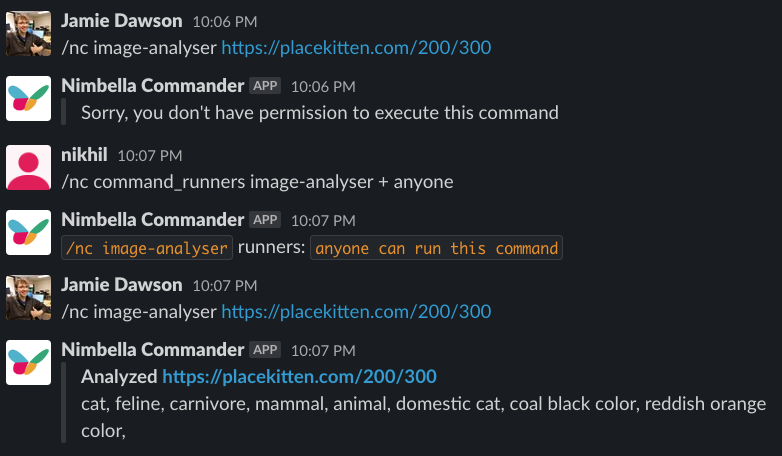 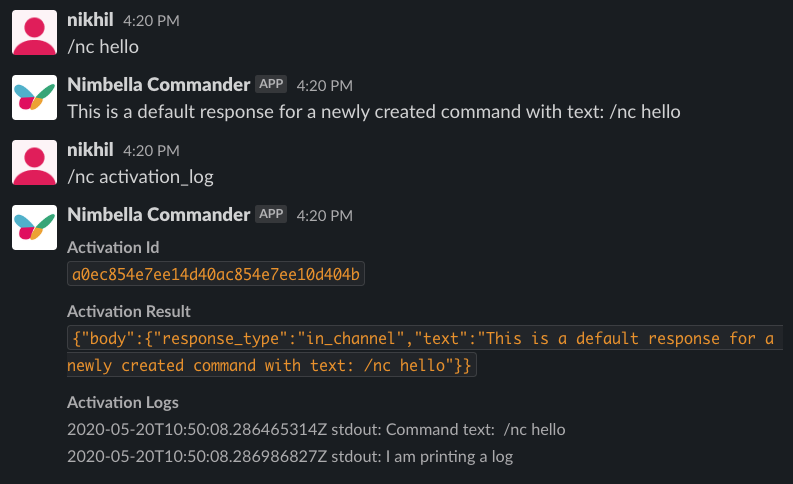 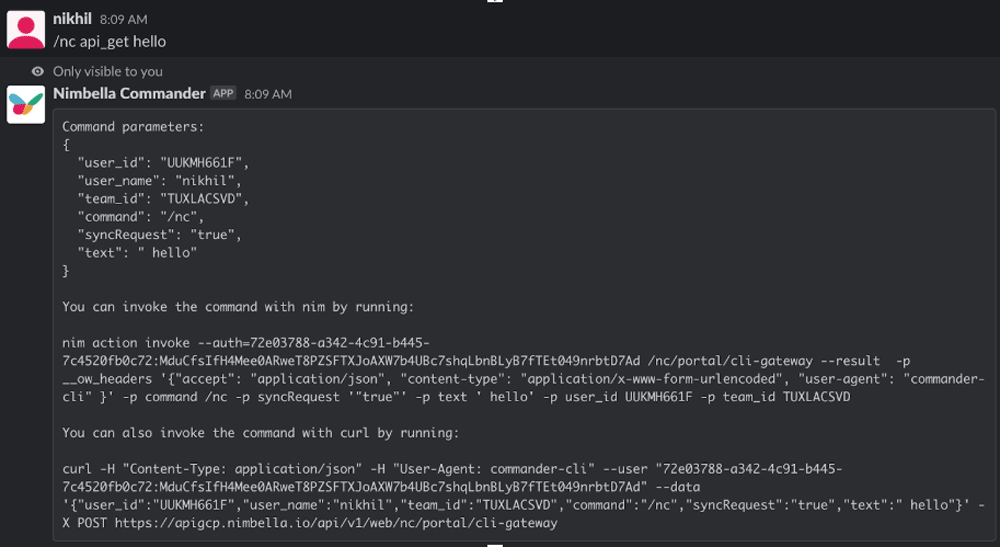 Slack is one of the integrations we support for Commander. We are working on creating more integrations for other messaging systems such as MS Teams. We also support running commands from anywhere. You would be able to use curl/wget and invoke your commands from the terminal. You can also integrate the commands as serverless buttons on your website. We are also working on a Commander CLI which you use with “nim”, the official Nimbella’s CLI to develop commands and command-sets from your terminal. The other important use of Commander is the ability to write code once and run it on different platforms. Imagine your company exposes 4 APIs and you want to write an App for Slack, MS Teams. You would have to spend several months in development. With Commander, create a Command-set, write 4 commands which use your APIs and publish them as Command-Sets. The users will be able to install and run your “App” on Slack or Teams or even on their terminal! How cool would that be! If you’re interested to track our progress, follow us on Twitter or join our Slack community to get notified of the updates.