For the past several years, Kubernetes has been gaining traction among the developers including enterprise developers. Gartner predicts that Container Management will grow to $944 Million by 2024 and Kubernetes is expected to drive the growth. Forrester points out a vibrant Kubernetes landscape driven by large-scale adoption of Kubernetes.

The Cloud Native Survey 2020 put out by Cloud Native Compute Foundation points out to 300% increase in container adoption since 2016 and an 83% increase of Kubernetes adoption in production. The success of Kubernetes was driven by the developer adoption of container technologies and an operational need for standardization. While Kubernetes offers many benefits, it also offers many challenges which organizations have to overcome to realize optimal ROI.

In this blog post, we will talk about how the Nimbella platform helps organizations overcome some of the challenges and help improve developer agility, leading to much better ROI for organizations. 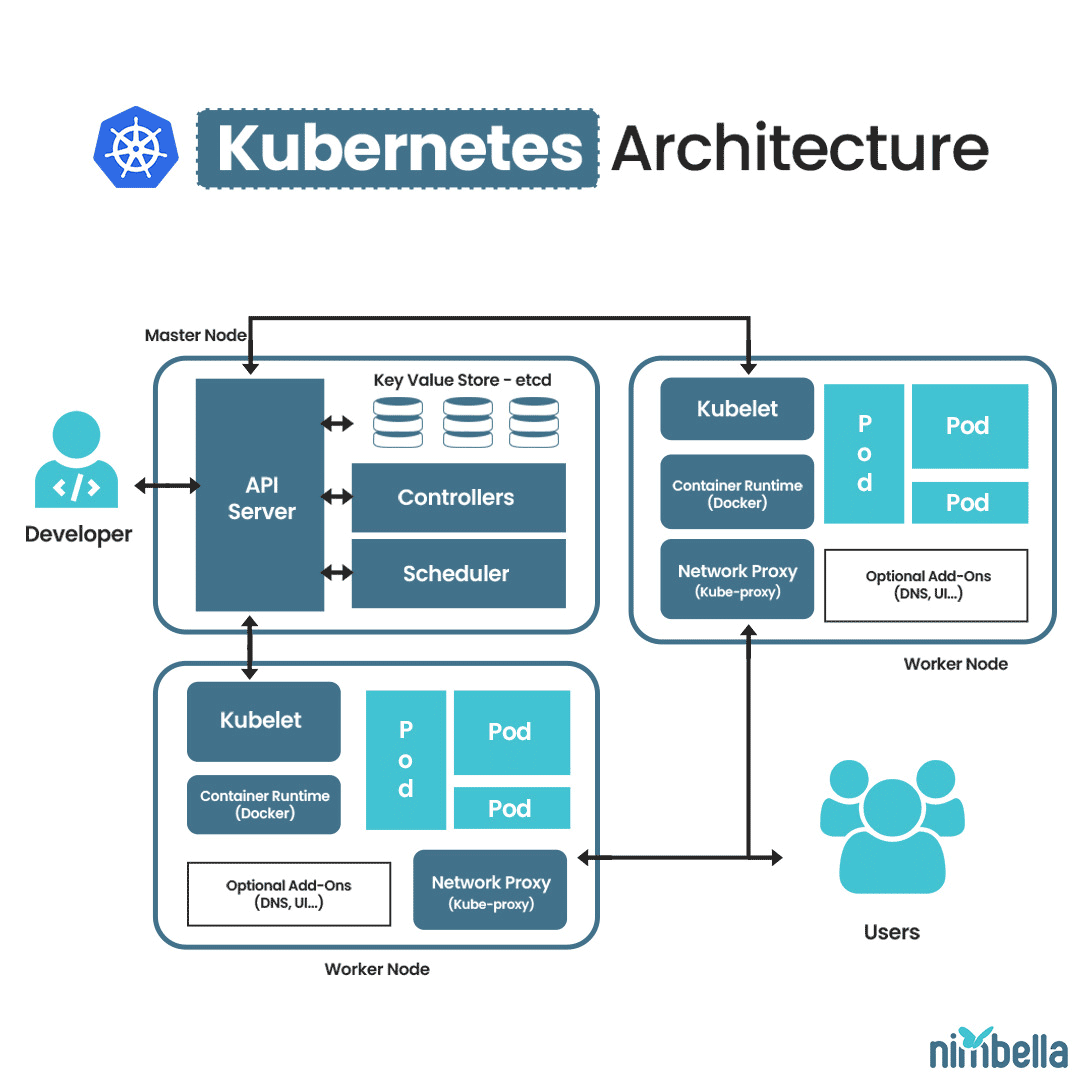 Even though container adoption was kickstarted by the developer community, Kubernetes gained more traction among the IT operations and DevOps, mainly driven by the declarative approach to Operations and standardization. Today Kubernetes is used by developers, DevOps, SRE, and IT Operations teams in many large organizations.

The strengths of Kubernetes

Some of the benefits of using Kubernetes are:

While Kubernetes provides these advantages to both developers and IT operations, it adds significant challenge for developers due to what is known as YAML complexity. As we have pointed out earlier, Kubernetes uses a declarative approach to orchestrating and managing the containers. In order to do it successfully, Kubernetes requires a configuration file in the YAML format.

A developer wanting to push their application to a Kubernetes cluster will have to define everything about their application, deployment, services, the definition of how states are handled, network, security bindings, etc. using multiple YAML files (as shown in the image below).

While it may not be complex for simple applications, the YAML configuration files become very complex for complex applications and most enterprise applications. In fact, the Cloud Native Survey 2020 by CNCF points out complexity as the major challenge faced by the users of Kubernetes. This YAML complexity dramatically impacts developer productivity and agility, leading to suboptimal benefits that defeat the very use of Kubernetes by modern enterprises.

Another big challenge with Kubernetes is the lack of an inbuilt programming model that will make it easy for developers to deploy their applications. While Kubernetes operators do a good job in providing a resource model to manage the underlying clusters and some application dependencies, it doesn’t provide developers to easily handle the application dependencies from the programming language of their choice. They will need to rely on third-party libraries to handle these needs, impacting developer productivity and adding unnecessary DevOps overhead.

Abstracting Away YAML Complexity from Kubernetes With Nimbella

However, there’s a way of taking advantage of the strengths of Kubernetes without the hassle of the YAML and other limitations. This is called Nimbella.

If Cloud Computing is about abstracting the infrastructure complexities and making it easy for users, then adding operational overhead for developers and adding friction makes little sense. It is important to provide an abstraction that gives a simple interface for developers so that they focus on the business logic rather than the configuration files needed to deploy applications in a containerized environment.

Nimbella, a Serverless platform built on top of Kubernetes, tries to solve this challenge and make it frictionless for developers to deploy their applications in a Kubernetes environment. With the Nimbella platform, developers need not worry about the DevOps overhead and focus on innovating at the speed of business. Nimbella provides the developer abstraction that allows developers to easily deploy serverless API by focusing on the code than the operational elements of the underlying container infrastructure or YAML complexity.

With this abstraction, developer productivity is significantly enhanced and allows them to deploy their applications friction-free, at the speed of business.

Nimbella also tackles the lack of programming language support from Kubernetes by providing necessary integrations that allow developers to focus on the application code and not worry about managing the application dependencies, further adding to the YAML complexity.